Australian gamers are on a “desperation loop” to try and secure next-gen consoles before Christmas.

Xbox Series X will launch on November 10 and PlayStation 5 two days later, but many irritated gamers don’t know when they will be able to collect their next-gen consoles.

For some, it appears it won’t be until 2021 with no specific dates provided. 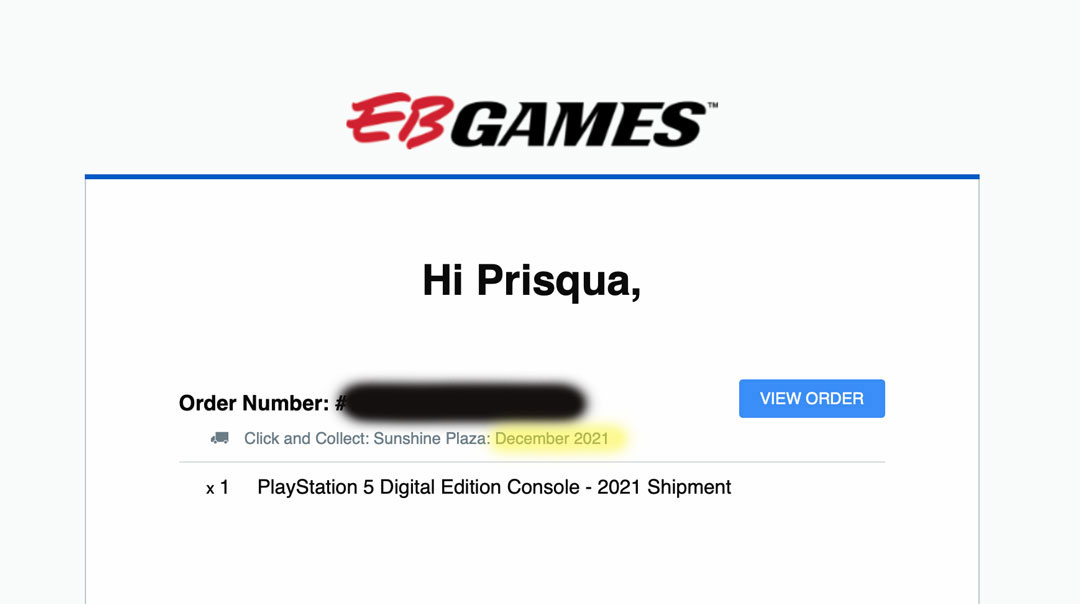 At 8am on September 22, thousands of Australians sat in front of their screen in the hope of securing the new Xbox.

Within an hour, most retailers were sold out and many websites crashed trying to handle the sheer volume of pre-order attempts.

He was among those ready at 8am and spent 45 minutes trying to order until the EB Games website started a new pre-order countdown.

“I logged on ready to go again for 12pm for the same thing that happened at 8am, and then they moved it to 3pm,” Mr Dickson said exasperated.

“I went back on at 3pm, spent 30 minutes trying to secure a console and they said sold out again.”

EB Games reset the countdown timer three times on that day, but frustrated gamers were still left without a pre-order.

Mr Dickson was finally able to pre-order one at 7pm, due a tip off that EB Games had re-opened their pre-order page, but with a collect date set for December 31st.

“I’m the excited nerd who loves to line up at 12am to pick up my launch console, so I’m pretty disappointed that I won’t be able to do that this time around.”

Aaron Whittaker and his whole family are gamers, and the Gamepass makes their experience on Xbox a pretty good value.

He also tried for a few hours and managed to secure an Xbox Series X to be delivered on launch day.

“I am a web dev so I kept auto-refreshing the checkout page,” he said, “other gamers probably had no chance on launch day.”

For Aaron, it was important to secure a next-gen console as a “kind of pressure for Christmas”.

“It just means now I don’t have to worry about securing one with a second wave of stock,” he said.

The “I didn’t like the idea of using a script at first, but if you can’t beat, then join them” was a common sentient that many people expressed all over social networks.

A 22-year-old big brother to three siblings aged 8, 12 & 16, was refreshing EB Games and JB HIFI websites for PS5 pre-order, but they sold out before he could get to checkout, until he managed to secure an Xbox Series X.

“I got confirmation that I’d get it on launch, until I received a SMS the week after saying it will be delivered before Christmas, although there is no specific date,” he said. He is disappointed as it is supposed to be a family Christmas present.

The Xbox Series X can also be pre-ordered through Telstra, but is rightfully so exclusive to its existing customers.

Most EB Games customers are part of their loyalty scheme, which stops at Level 4, but still allows members to earn points indefinitely, and an exclusive Level 5 EB World membership scheme that eludes most people.

Some Level 2 members and Guest orders have reported being bumped up to launch day, while exasperated Level 4 buyers are left behind.

Meanwhile, “confirmed pre-orders” are being sold on eBay at a higher price.

Launch day is less than a week away, while many are excited about getting their next-gen consoles, many more still have not received a delivery date.

latest in  On Gaming, In The News

The rise of online dating and romance scams 2020