Secretly, I’d love it if my daughter would say something special about me on Facebook (not that it has to be just on Mother’s Day). And I think it’s a strange statement coming from me as I am not that overly active on Facebook. There will be times when I post one daily photos, but they are directed to my family and friends overseas. My birthday doesn’t show up on Facebook. I find it silly to see people who don’t really know you, but once a year will post on your wall only because FB told them it was your birthday.

But a special message coming from your children is different.  To be publicly reminded that I might have done at least one thing right in my life, is a great feeling, so today I’d like to think I’ve been a good mother to my kids.

My step-daughter messaged me at 9am and she is most of the time on the roll when on it comes to that sort of things. She always, always messaged me or call me, even on Valentine’s day. She is a sweetheart.

My son is pretty good too, or it could be his girlfriend reminding him.

My daughter on the other hand is a master at making me feel under-appreciated. Last year, she called me from the supermarket, saying she was too busy to come over, but will drop by on the Monday. She “works” from home and lives 15 minutes away. Mother’s Day doesn’t happen overnight. This year she called at 11am to say she was on her way.

Maybe it’s just karma as I don’t remember when the last time was that I said happy Mother’s Day to my mother. Granted: we’ve never been close, and my parents terrified me. Maybe terrified is too strong, but with their very strict upbringing, even looking back at it today, it would have been hard to get close to them, and so it never happened.

My mother and I never seen eye to eye, so I left home when I was 17 to never look back. After an argument on the phone 10 years ago, we hung up and never talked to each other since.  She lives in France. I live in Australia, so that was easy to lose touch even though it was the beginning of a new era with the rise of smartphones and internet becoming a standard in most homes.

Until a year ago when I was told my mother was dying. The anger I had towards her suddenly vanished.

My mother has ALS (amyotrophic lateral sclerosis), a nervous system disease that weakens muscles, gradually loosing the ability to walk, talk, eat, swallow, and eventually breathe. ALS is not hereditary and there is no cure. when I asked my doctor, he said, “to put it simply, it’s bad luck.”

The most heartbreaking part is to see my mother bound to a wheelchair as this is the woman who would choose to ride her bicycle over getting in the car. She only stopped moving to sleep.

While my father was playing soccer and tennis on a competitive level, there is not one sport my mother hasn’t tried, from swimming to gymnastic and marathons.

My parents were avid gardeners, maybe coming more from a necessity as my mother was brought up in a farming environment. My son said after he stayed at my parents’ house for three months when he was 10, “they don’t need to go to the supermarkets as everything comes from their garden [and my uncle’s farm].” They had massive gardens, which as a child were my worst nightmares, as my sister and I had to be involved with their maintenance after school and on school breaks.

Let me tell you that was NO fun. What child wants to spend their school holidays picking up 100s of potatoes or to pit kilos and kilos of fruits? No child. Especially if there is no reward at the end of it.

My parents are ‘new-technology challenged’, and to make it worse, they live in a tiny hole in a village making the internet reception bad, so video calling is hectic.

First they have to get someone to organise the call, but still have not figured out how to position themselves so that we can see their full face on the screen instead of the top of their heads. Secondly the video can be blurry, choppy and the sound barely audible, so we (usually my daughter and I) find ourselves nodding, smiling and laughing a lot because it’s difficult to understand anything of what they’re saying.

While having a proper conversation with them is not possible, I guess it is just seeing each other that’s important, right?

In the past couple of weeks, my mother has been deteriorating. The lockdown in France may have partially been responsible for that.  The cleaner, the cook and the physiotherapist have been cancelled because of the pandemic. Obviously my mother is a high risk of contracting the disease and would not survive it. My father looked exhausted as he has to do everything for her.

It was coincidental that they called today. They didn’t know it was Mother’s Day here as in France, it is celebrated (this year) in June. My mother looked much better than last week and didn’t need to wear her oxygen mask the whole time. My father also looked refreshed and that probably had to do with my sister being there after getting an exemption to be allowed to stay with them.

My son also managed to be present for the call, so it made it a very special Mother’s Day. 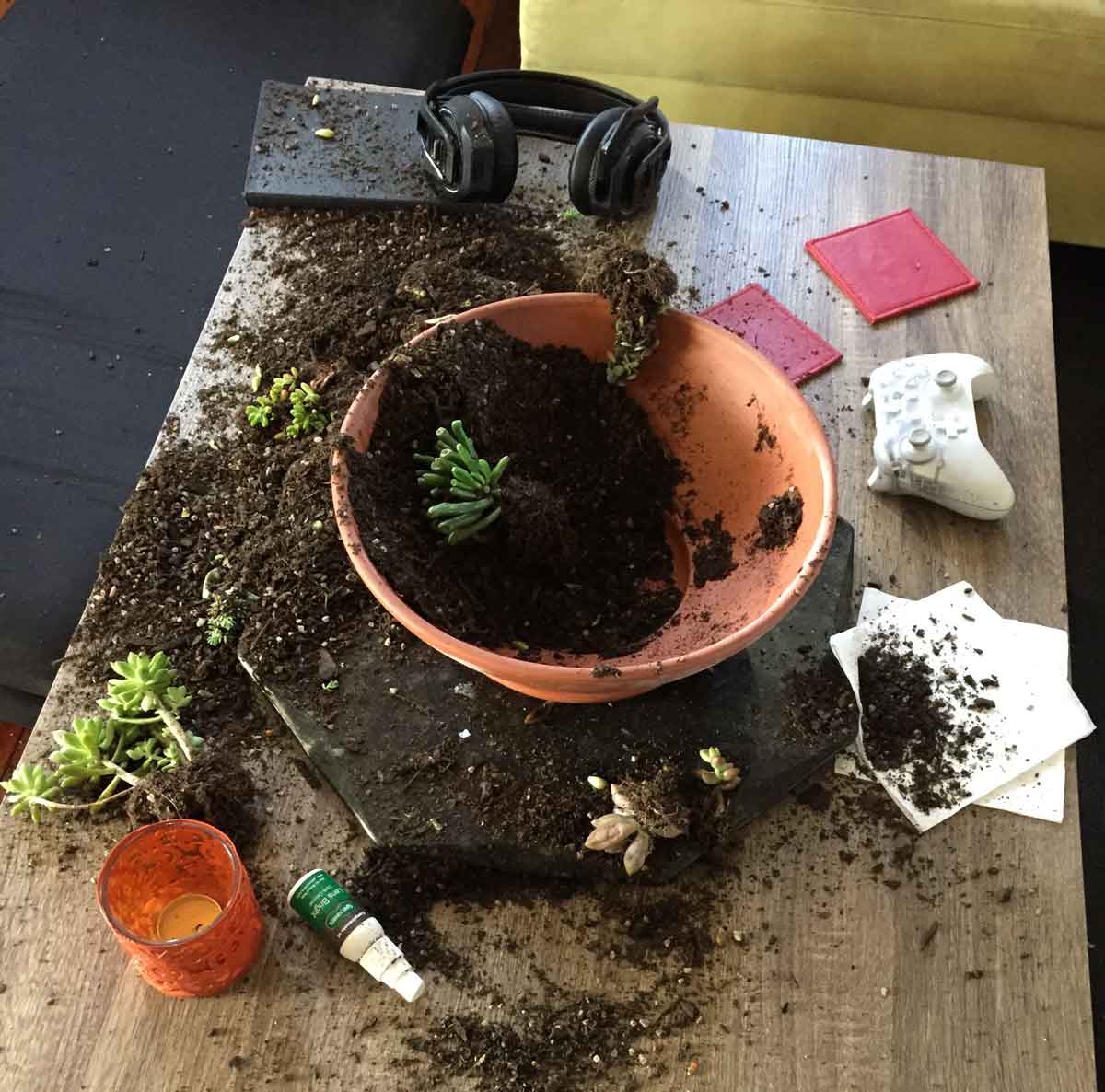 Besides the cat destroying the terrarium my daughter built for me, that is...

latest in  On Lifestyle

Another assessment in 2019 for my journalism degree. That was my first END_OF_DOCUMENT_TOKEN_TO_BE_REPLACED

I can’t remember what we had to do for this university assessment, END_OF_DOCUMENT_TOKEN_TO_BE_REPLACED

Some time between 1968 and 1973 in Butsbach, Germany, a little boy END_OF_DOCUMENT_TOKEN_TO_BE_REPLACED

For many people COVID-19 lockdown has been a real struggle, and it END_OF_DOCUMENT_TOKEN_TO_BE_REPLACED